Identification and assessment of heritage buildings in the former Danish trading post on the Ganges from 1755-1845,aiming at the implementation of a joint cooperation project for preserving the Indian-Danish cultural heritage, was completed in 2009 to 2010.

The initial study resulted in the joint financing of the Serampore Initiative by the private foundation Realdania and the Ministry of Culture of a projectof a five year. Subsequently the project was extended for two more years and will end in Janauary 2020.

The project of the National Museum of Denmark is aiming to assist West Bengal Government and local institutions to regenerate the heritage and bring about economic benefits to local residents through: (a) conservation of cultural heritage assets enhancing the attractiveness of the historic town (b) upgrading of urban planning, infrastructure services and amenities; and (c) sustaining heritage management strategies and sustainable tourism development in Serampore and other historic sites along the Hooghly River.

Raadvad Architects, consulting architects MAA, was assigned as the external consulting advisor to the National Museum of Denmark for all matters related to restoration of buildings and integrated urban conservation and development planning. 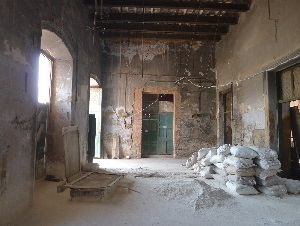 The former Danish Government House is currently under restoration , the photo shows the actual condition in 2009.

The drawing of the main facade shows the same facade as it will appear after restoration. 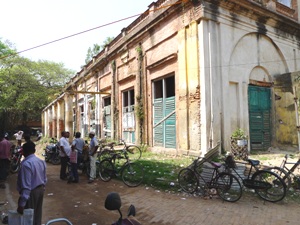 The drawings to the right show the elevation of the north facade of the South Gate to the former Danish Government Compound before and after restoration.

Restoration was completed in 2015. 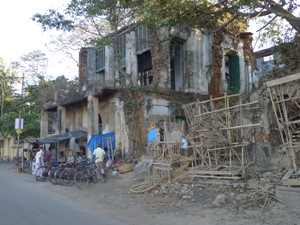 The former Denmark Tavern and Hotel is currently in complete ruin. Restoration started in 2015. The drawing shows the anticipated appearance of the main facade facing on to the Hooghly River after restoration. 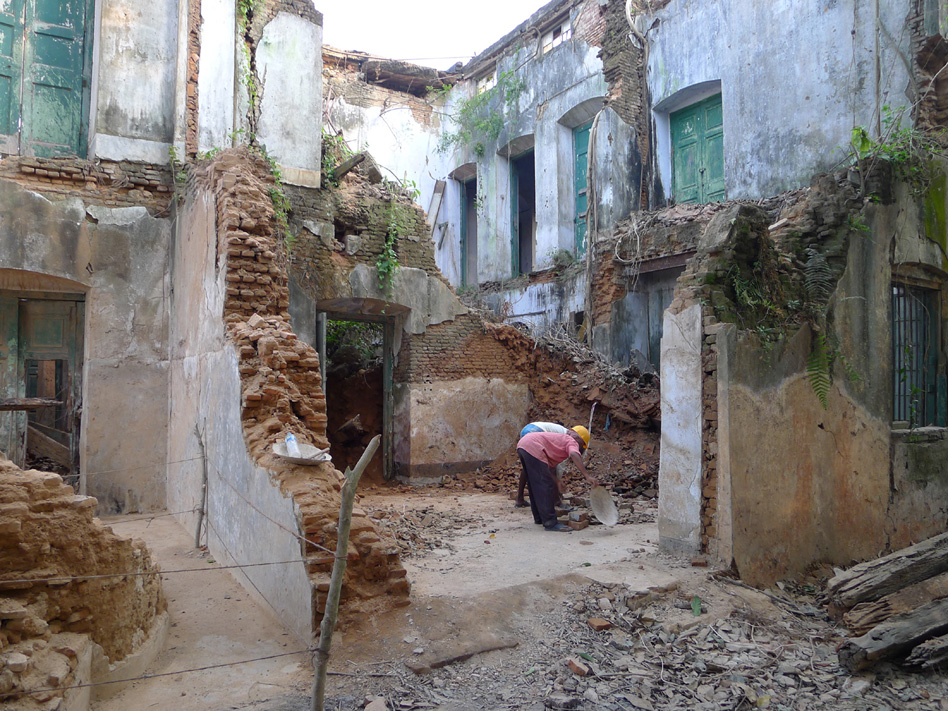 After clearance of the debris the building archaeological investigations revealed the foundations of the original “pepper pot” staircase and the original flooring situated about half meter below the present floor level. 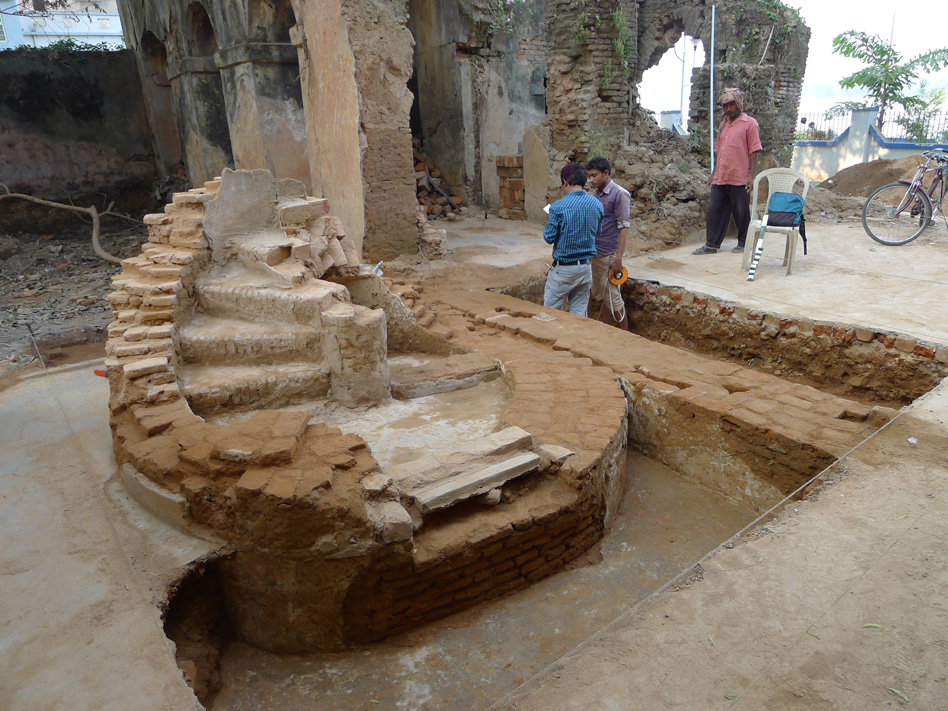 Removal of debris from the ruined building started in November 2015 providing a more accurate impression of the lay out and architectural details of the original building. The restoration was carried out by Mascon as the main contractor and restoration architect Manish Chakraborti in charge of the project design and implementation.

Restoration of the Main Gate to the former Danish Administration Compound

Fotos showing the various traditional crafts used for the restoration, that requires particular skills and knowledge about the materials and how they are used.

For more detailed information please refer to the draft publication on “The restoration of St. Olav Church“